The name of the vessel is dedicated to as Efraim, a Syriac deacon and a prolific Syriac-language hymnographer and theologian of the 4th century from the region of Syria. His works are hailed by Christians throughout the world, and many denominations venerate him as a saint. He has been declared a Doctor of the Church in Roman Catholicism. He is especially beloved in the Syriac Orthodox Church. The boat has been bought in Greece on 1996 and it has been changed several times to be upgraded at a higher comfort level. 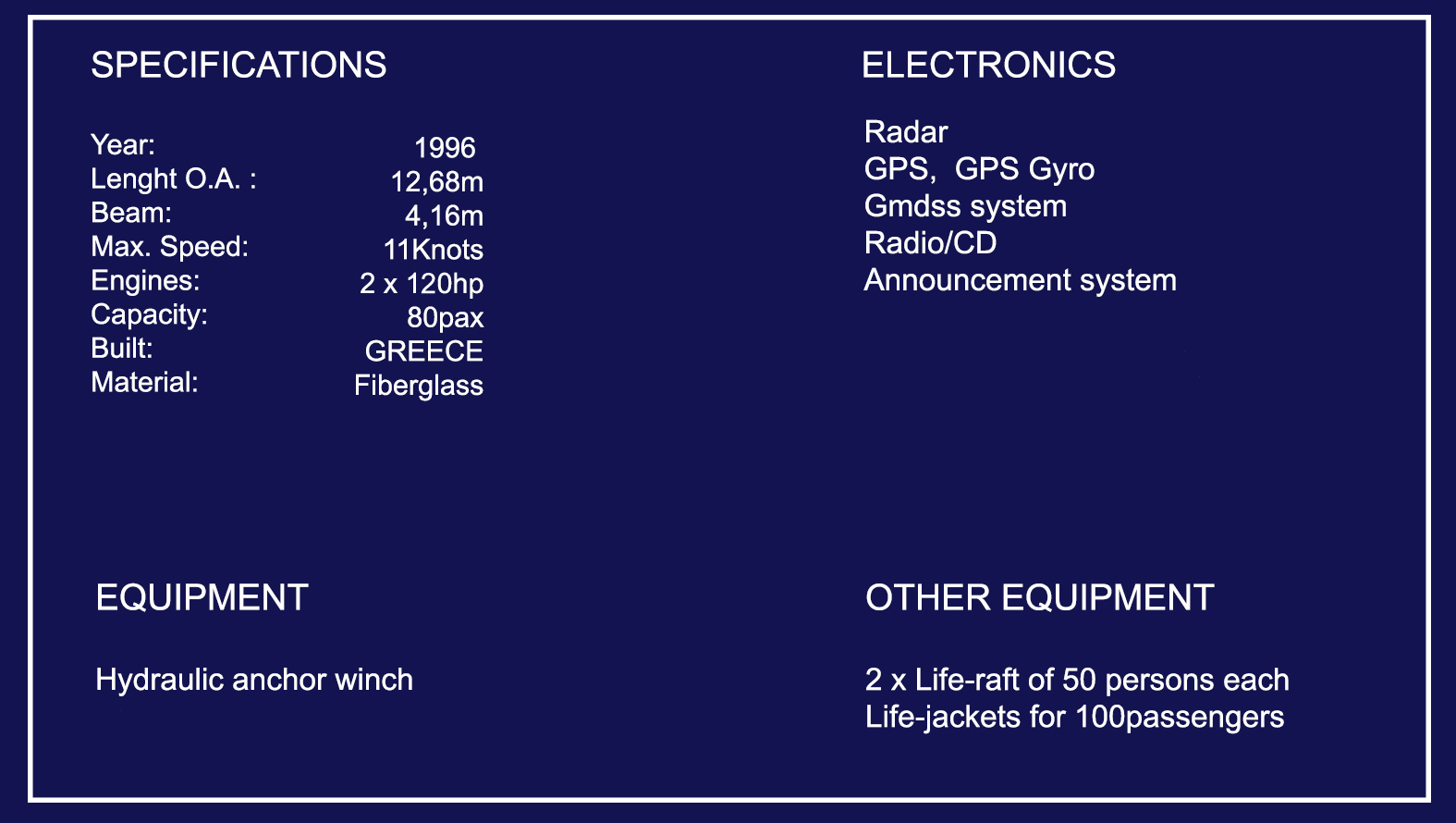