The name come from the greek word Taxiarchs that in Greek Orthodoxy it’s referred to the Archangels Michael and Gabriel that are called the Taxiarchs, because they lead the heavenly host. It has been for several years the vessel of the beloved captain Chrisostomos Mitilineos who died prematurely at the age of 39 years old the 18th of April 2015. The vessel has been built in USA in 2000 but on 2014 we extremely change the vessel redesigning completely the general lines of the boat, building a lounge indoor provided of air-condition, engines service, new sound system, few changes at the hull for a better cruising and of course new instruments at the captain bridge. 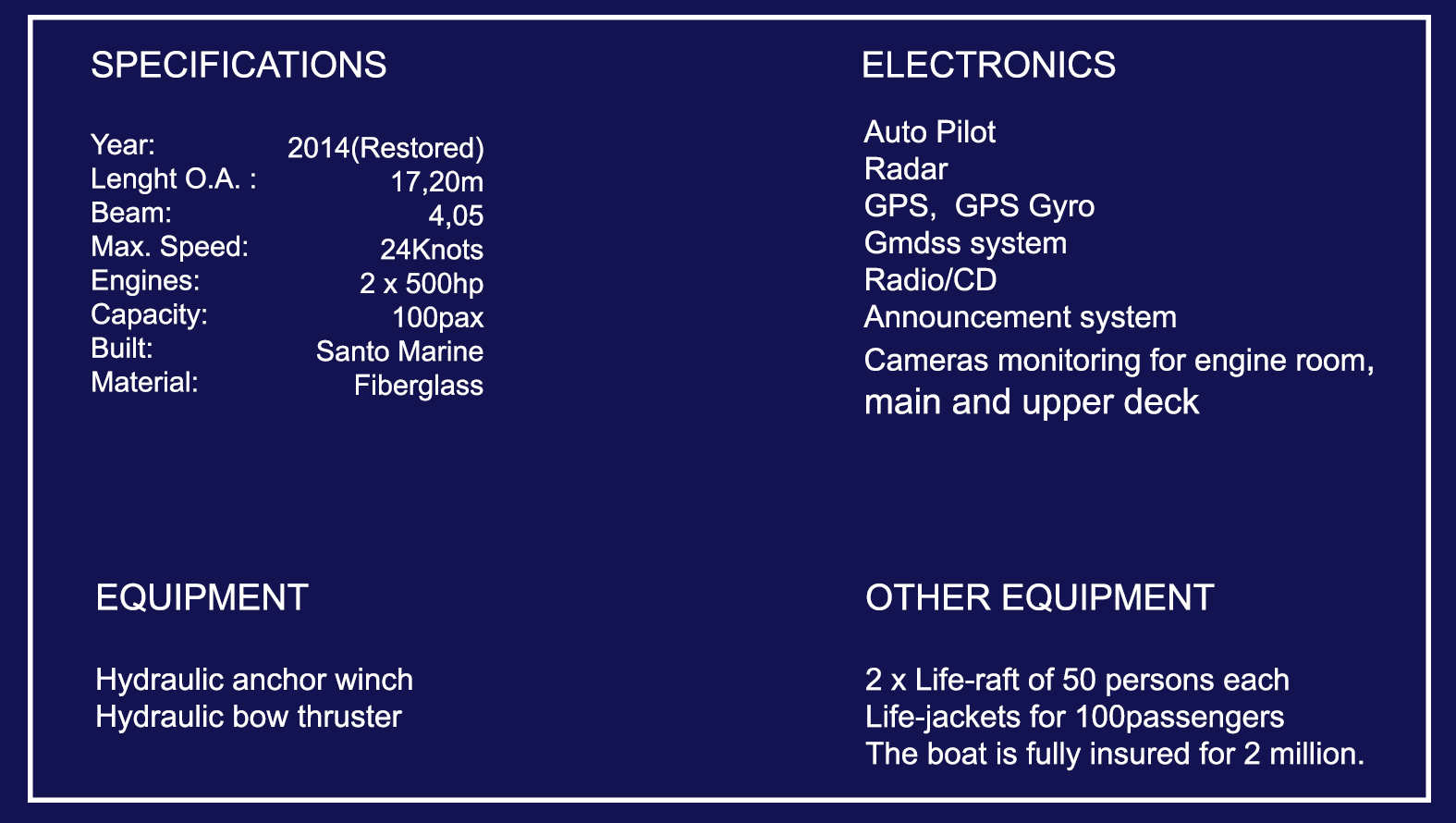